People in Nepal commonly welcome you Namaste as a traditional salute (means I salute the divine in you) which is wisely used in the most part of country. About 23 million Nepalese are made of 69 different cultural and linguistic group also known as ethnic groups living in different, regions of the country. Mostly each ethnic group has their own unique costumes, speak their own languages or dialects, and follow their own religious practices. They live under different diverse geographic and environmental orientations, from the low plains near the Indian border, northward through the middle hills of Mahabharat range and valleys, and up to the high plain valleys of the Himalayan zone.

However, the globalization motives and innovations effect to the Nepalese society which made many changes day by day in addition of several infrastructural developments new roads building, modern public education, democracy since 1990 and Federal Democratic Republic since in on 23 May 2008, and even rapid innovation of information technology, Internet access are making massive changes brought among new generation. More and more Nepalese, especially young folks speak Nepali and fluent English language, dresses western style clothes most of the time and generally relate to the outside world.

In Nepal generally two major groups of people can be found in high Himalayan region Tibitan origin (Tibeto-Burman or Bhot Burmes) and in low land to mid hill Indo-Aryan (Bharopeli) origin groups. Himalayan region settlements of Tibetan-speaking groups Sherpa, Tibetan origin Gurung of Manang, Mustang and Dolpo region and Thakali of Mustang’s high plain are found in sub alpine to trans Himalayan areas. Outside Nepal, the best known are the Sherpa people who has gained world renown and interest because of their mountaineering skills. In fact, the word “Sherpa,” meaning mountain guide in English, comes from the group’s proud Sherpa name.

In the mid hill mostly settled Rai, Limbu, Tamang, Magar, Sunwar, Gurung and Chepang groups as well as other mongoloid groups live in this areas. The Brahmans, Chhetris, Newar and Thakuris and different occupational groups Kami, Damai Sarki, Gaine are spread generally over most parts of the country. In towns Newar, Marbadi, Punjabi, Brahaman, Kshetri and other mixed groups are also settled. The groups of Rai, Limbu, Gurung, Magar are popular as Gurkha solder in the world.

In Terai Plain Brahaman, Kshetri, Rajput, Tharu, Danuwar, Majhi, Darai, Rajbansi, Satar, Dhimal, and Jhangar, Singh, Jha, Yadav and Lal(Mithila) people inhabit in the dun, valleys and different occupational groups are living and being bound together by the ideas of peace and harmony. Terai’s Mithila groups are popular for their authentic traditional arts and paintings. But however mostly either living in hilly region or Terai region their major occupation is traditional agriculture broadly adopted.

Social Structure
As Nepal being a very broad diversified home land of several ethnical groups it has common social family structure. In general living in joint family system at a home, respecting and following own socio-traditional conducts generation to generation. Showing physical affection openly in public is restricted; gents and ladies socialize separately both before and after marriage with family gatherings. Normally marriage is arranged by parents with help of marriage consular called Lahmi. Among new generations love marriage is also popular now a day. They have right to choose their mate and decide their own future bright. There is no way to say that Nepalese society remained untouched by global changes, mainly in major cities and towns of young generation hugely influenced by information technology of world and adopted several fascinating ways.

Main Occupations
In general mostly Nepalese people are involved in their traditional occupation agriculture. Most of the people those who are living out of town they belongs their own family farm land where they grow both main crops and different cash crops seasonally. About 76% of total population in Nepal still belongs to traditional agriculture system as their main source of economy and rest of do other jobs as cottage industries, general manufactures, goods trading, government officials, hospitality tourism and others. All together still about 33% of total populations are dependent in agriculture.

Food Habit
In normal way Nepalese people’s food habit can be marked as a rice culture social adoption. Nepalese main course of meal known as Dal-Bhat-Tarkari traditionally which is perfect combination of carbohydrate, protein, vitamin, mineral, and fat. The real wholesome Dal-Bhat-Tarkari is being eaten all over Nepal generally and it is habitual way of twice a day. Besides morning and late afternoon time tea, coffee other drinks and light food snacks are also can be eaten normally. Dall is well cooked lentil soup from different beans, Bhat is boiled rice, Tarkari is curried vegetables, pickle of seasonal vegetable or fruits, salad and curried or fried meat as a non-vegetarian food can be eaten commonly. Well refined mustard oil, ghee are used for the typical Nepalese cooking propose of curry items for taste and flavor spices are used such as cumin seed, coriander, black pepper, sesame seed, turmeric, garlic, ginger, methi (fenugreek), bay leaf, clove, cinnamon, pepper, chilies, mustard seed and salt added by taste. 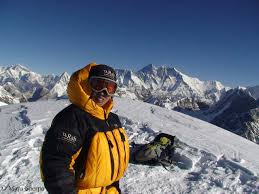 In the mountain area, where rice is growing very less, millet, barley, bark wheat and maize are growing commonly in suitable climate so people of there mostly eat Dhindo with Gundruk or different vegetable curry, meat curry, home made pickle, yoghurt and milk as a their main course but they also like to have Dall Bhat time to time. This authentic tradition of food habit is very common all over Nepal’s mountain areas. There is also several common continental food items are available in cities abundantly as well many countries food items are prepared by several restaurants and fast food stalls of around main hub of tourists.

Dress
There are many specific dressing style in Nepal as a country is being home of multi cultural and lingual groups people. Most Nepalese ethnic groups have their own unique style of dress according to region and culture. Among gents Daura Suruwal Dhaka Topi,T- shirt, Shirt Pant, different casual wears and ladies Kurta Salwar, Saries Blouse (Cholo) T- shirt, Shirt Pant, different casual wears are commonly worn by Nepalese people all over the country. In the cities particularly, young hearts both men and women often dress in western style clothing, while elder women mostly wear Saries Blouse (Cholo), Kurta Salwar modestly.

Religion Belief
Nepal is multi religious country in the world so different ethnic groups live with their own way of religious practice, lifestyle, language, culture and tradition with ever peace of harmony in society. About 80% of total populations are Hindu religion follower lives in the all over Nepal’s east to west up to Maha Bharat range in north, about 10% Buddhist religion people among live bellow of Himalayan region to mid hill, valleys and in towns together 4% Muslim religious people and rest of other religious people live in different parts of the country. In Hindu community every ritual ceremony handled by priest (pundit), by Lama (monk) in Buddhism community as well by Mullah in Muslim community.

In term of vast range geographical varied land orientation features of the country Hinduism among Indo-Aryan communities influence in the lower elevation and the Buddhism among Tibetan-origin in the Himalayan region and other different parts of the Nepal. In Nepal moreover traditionally, Buddhism and Hinduism both were never two distinct religions for societies they believe these two religion have inter relation since then so that share faiths and worship common deities in temples, monasteries and mostly pilgrimage by both communities people. Though Nepal has number of religious group they always live in peace and harmony. There is not any record of religious conflict in Nepal yet. All Nepali has respected the national feeling of ‘unity in diversity, Nepali’s specialty and establishing own reorganization to the world.

Only selected candidates will be sent to Read More +

Arrange timely receipt of the workers at airport.

Inform Gorkhas about receipt of the workers.

Advance payment of an amount to each Read More +